Do People Even Know They’re Alive? 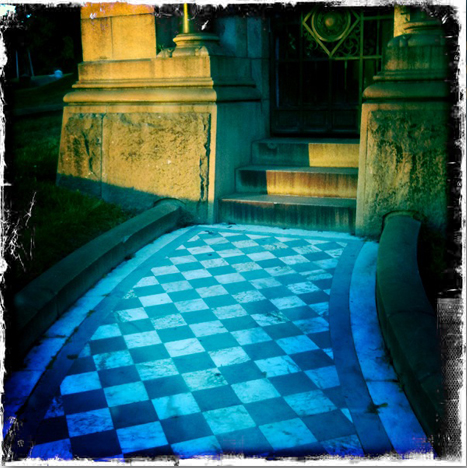 This is a guest post by Laurie Wagner, an amazing writer teacher and friend. I love the question to ask myself, "Do I know I am alive?" Just the asking is a way of awakening to life.

Do People Even Know They're Alive?

The other day in Wild Writing I found myself writing about longing, and longing took me to love, and then I got embarrassed because I thought I should be writing about something more important – like work – and I struggled – felt a little lost in the land of love. And when I feel lost, I make a list.

Get back to Joanie

Get back to Markie D.

Get the car stereo fixed

Pay for the AP test

Mend Ruby’s dress for the show

Ah, I can breath again. I know where to go, what to do. I won’t wake up lost. If you need me you can find me between Call Thomas and Get Back to Markie D.

But it’s been dawning on me that these lists, they become my days, and my days become my life. And then that’s it. Finito. Bye Bye. I’m nearly 53, then I’ll be 70, then 80, and I wonder, as I amble toward the very end, whether the last thing I’ll write will be “Close your eyes Cookie.” I wonder if these lists I make, my little marching orders, will be the rails I cling to through my life.

A week or so before my Father’s death, four years ago, he asked my Mother, “Do people know they’re alive?” The question might have been inspired by the fat doses of morphine he was on, which rendered him dreamy and other worldly, but I also think it came from lying in his bed for the last four months and watching friends and family buzzing around him, coming and going – visiting for a bit – then running off to make a meeting, get to the store, get ready for a party, get a package to the post office. He was outside all that living now. His days of running around L.A. meeting people to talk about the various nonprofit groups he supported, playing tennis, heading to the office to look at plans for a new construction – those days were over.

In bed for last four months because he was too weak to walk, I’d station myself on the other side of the bed with him, or sit in a chair by his side. During the day he’d listen to classical music from the local L.A. radio station, the glass doors to his room opened to the garden. Maybe he’d be reading or sleeping. At night the television was often on – he was a Dodger’s fan – he loved Rachel Maddow. And I remember how when the commercials came on – ads for fancy cars speeding around mountain highways, ads for drugs that promised to bring a spring back into your step, ads for home insurance, new mortgages, and trips to Mexico – how embarrassed I’d get because our world, the one we were buzzing around in, the one he was leaving us to live in, seemed ridiculous, without merit, empty, stupid. We’d sit there the two of us, side by side staring at the screen – Dad bald, weak, in diapers, his body ravaged by chemo and radiation, me, checking the clock every now and then, cherishing my time with him, but hoping to get outside for a walk, make time for my work, get to a store before it closed, maybe visit a friend.

I can’t speak for you, but for myself, I think I forget all the time.

Laurie Marks Wagner teaches online and in-person writing classes. Her latest offering, 27 Prompts is a daily, self-directed wriitng practice that I have tried and loved. Check it out here. It is a practice of coming to life, day after day.