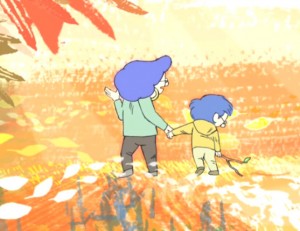 I read in the paper today that artist Dustin Shuler has died. I had never heard of Shuler, but the accompanying photo of his art caught my eye. He was a sculptor who used automobiles in his work. In the piece that was pictured, called Spindle, Shuler had skewered eight vehicles — basically  a 50-foot car kabob!

I was struck with the scope of his work. And then I thought of my blog entry a few days ago, about “Little People Left to Fend for Themselves in London.” Suddenly I was full filled with immense gratitude that people like Slinkachu and Shuler allowed themselves to follow whatever idea or daydream led them to their work.

I imagine that both of these artists might have had to overcome some obstacles — internal and external — to create their teeny and giant art. But they did it. They followed whatever vision was in their heads and created things that caused people to pause and think … and grin.

It makes me wonder about my own courage in the world. When (and why) do I follow through with inspirations. And when do I let them wither because they seem to silly or far-fetched?

In memory of Dustin Shuler, may we all allow ourselves to THINK BIG!