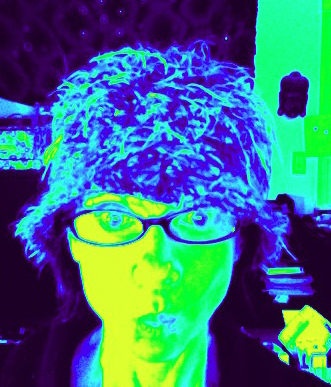 Hey everyone. It's been a hard week around here. Some health stuff. Some heartache. Things that made my energy and mood plummet. (See how blue I look?) You know how it is when you just want to close the curtains, crawl under a soft comforter, and hunker down with some distracting fiction?

(By the way, my mom reads this newsletter. So just a little aside to her: I'm fine. Nothing serious. Just, you know— life's little dips and blips.)

So, back to my story. In the midst of my blueness, I've also had these amazing moments of feeling so appreciative of and connected to other people — and I've been watching how those connections are lifelines. They're buoys. They lift me out of the murky water to a place where I can see some pastel sky and a little slice of land.

I know it sounds cliche, but appreciation for others is always the antidote to whatever is bringing me down. I've known this for many years, but it is always great to get to experience it anew. This week I saw it when I left some audio notes of gratitude for a few folks who had helped me out. I saw it when I wrote a card for a good friend. I saw it while collaborating with girlfriends on a surprise for someone we love. 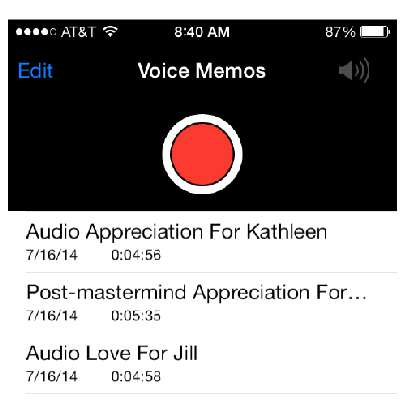 It even works when I'm swimming in appreciation for someone I don't know by someone I don't know! I was working on a Celebration Book and just reading all of the funny stories and happy wishes gave me such a boost. I loved the fun and fuzzy feelings I felt for the book recipient.

I also saw it when someone in this community sent me an email with a story about a Love List she created for her best friend. I couldn't even read what she had written on her Love List because it was in Estonian! But still, it lifted my spirits.

There just seems to be something about expressing appreciation or reading about appreciation, that is like a dopamine boost. Maybe it really is a dopamine boost? I'm not very scientifically minded so I don't have enough interest to sleuth it out. (If one of you knows, will you let me know?)

Anyway. I'm supposedly writing this to you. But really this is a reminder to myself: When I'm feeling blue, create a pinprick of light for someone in the form of some kind of expression of appreciation. Could be as simple as a card or voice note. Could be a bigger, more elaborate something. The shape or scope doesn't matter; it's that simple movement of opening the door to something good.

Turning my attention to love and appreciation is a surefire boost.

If you're feeling a little low-energy or blue, try it and see what happens. Send out some appreciation to someone you love and let me know how it goes!

I want to share with you the wonderful note and photo I mentioned above, that I received from Kristi, who is part of this community. 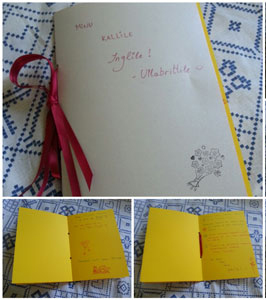 Kristi wrote to tell me about a Love List she made for a good friend of hers after she was inspired by other stories I've told about them.

Here's what Kristi wrote:
When I told my friend that I had a present for her, she said “You shouldn’t have…” She didn’t want more things just because it was her birthday. But when I gave her the Love List that I had made, she was deeply moved and grateful. She said it was the greatest gift she could have gotten.

She and I can both refer to it to remember the good things, when the times get tough. Or just to bring more celebration and good feeling into our lives anytime at all.

I'm really grateful to you for taking the time to join in this conversation with me. The connection is so important to me.

Feeling less blue thanks to you,
Sherry